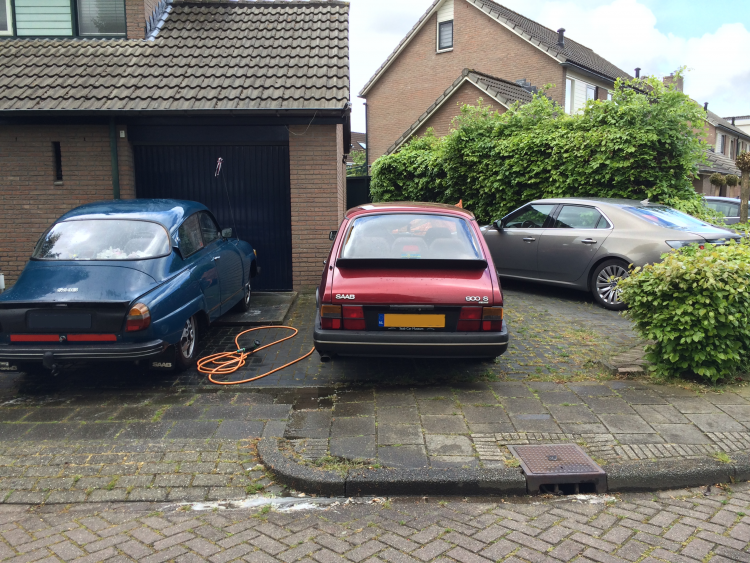 I do love the Swedish brand SAAB already for a long time. Beginning of the 80’s my parents switched from Citroën to SAAB and I have always felt more safe in a SAAB. That is one of the reasons I still drive SAAB although production is stopped already years ago and no new car will ever have the name SAAB on it.

Since my parents drive SAAB and I was old enough to go to scouting by myself (on a bike) I usually stopped by the SAAB dealer on my way back home. Taking a look at the cars, have some small talks with the garage holder and grab some new folders. Once in a while when my parents might consider a new car I could directly tell which are available. But loving the SAAB models and reading the folders I felt there is more behind just a car. It is a safe car and everything seems to be thought through.

Cars we have had